Zeiss VR One Plus Headset Review 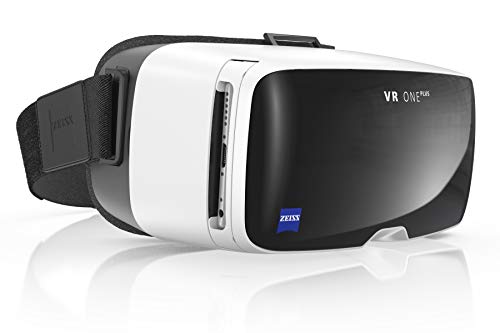 Zeiss VR One Plus Virtual Reality Glasses
Check Today's Price Disclosure: we may receive commissions from purchases made via our links at no additional costs to you.

Are you looking for the best VR headset for travel? I love watching virtual reality videos on my laptop but its not a great option to watch VR on the go. So, I went scouting for an affordable, mobile and immersive smartphone headset and the Zeiss VR One Plus caught my eye.

When I saw that Carl Zeiss has stepped into the world of VR with the VR One Plus, I snagged it immediately to review it for you.

Things to consider before buying a VR Headset

There is a wide variety of VR headsets available today. From the Oculus Rift to Google Cardboard, they have diverse pricing and features. You can spend tens to hundreds of dollars in your quest to get a suitable VR headset. To find the best fit, let’s check out the factors you need to review.

Headsets are available from as little as $20 to as high as thousands of dollars. Once you know how much you are willing to shell out, you can choose from that price range.

The headset variant differs with user intent. If you want high-end gaming, then pick a tethered headset. Looking for decently good apps on the go? Then a mobile headset may be perfect for you.

Presenting the Zeiss VR One Plus

Zeiss VR One Plus Virtual Reality Glasses
Check Today's Price Disclosure: we may receive commissions from purchases made via our links at no additional costs to you.

If you want a simple smartphone VR headset for viewing, Zeiss VR One Plus fits the bill.

It doesn’t come with any buttons on controls and is just a viewer. The Plus has two binocular styled lenses that allow you to watch split screen VR content.

The Plus is an advanced version of the earlier VR one edition. It is designed to be compatible with most smartphones that have a compass, gyro and an accelerometer.

If you wish to wear the headset over your glasses, you will find it pretty comfortable. Since it has Carl Zeiss precision lenses, you can skip lens adjustment.

Features & Benefits of Zeiss VR One Plus

The Plus has a transparent, glossy front plate with a minimalist design. It comes with a white matte plastic visor. When I opened the box, I saw the headset with two head straps and a cleaning wipe. It also comes with an AR Cube.

If you compare it to the Google Cardboard, the Plus does not have the magnetic trigger. The trigger on the Cardboard sets off a sensor in the phone. I found this useful feature missing in the Zeiss.

It comes with a smartphone tray that fits in phones from 4.7 to 5.5 inches. Make sure to remove the smartphone case before you insert it into the tray.

You can choose the specific phone tray you want to go with your smartphone. Be ready to shell out extra dollars for the tray as it’s not included in the package.

You can attach the headset with the elastic straps. They are kept in place by hook and loop fasteners and buckles. I wore it by taking two of the straps around the back of my head horizontally. Then I connected the third one over the top of my head for a secure fit.

The Plus comes from the famed Carl Zeiss with high-quality optics. Zeiss is a reputed name in the camera industry for producing world class lenses. I found the quality to be impeccable as the lenses were quite large with high precision.

I like the custom designed ‘eye box’ that is suitable for the majority of the users. It doesn’t need any mechanical lens adjustment for differing interpupillary distances. If you wear glasses, you can slide the headset over your glasses. I quite like the in-built ventilation ports that help prevent any fogging when I wear the headset.

I found these apps to be compatible with the Plus – Space Terror VR, Sisters, Squarepusher, Insidious 3, Crazy Swing, Disney stories, Cedar point (roller coaster) and Google Cardboard.
I did not like the two apps from Zeiss due to their limited features. The VR One AR and VR One Cinema are made specifically for the Plus.

The AR app can be used with the AR cube only to view. Since there are no buttons on the Plus, you can’t really play anything. The Cinema app lets you watch VR movies and videos.

I found that the Cinema app did not read the file from my smartphone’s microSD card. Since the headset itself doesn’t have any mechanical controls, it can’t pair with the smartphone to resolve similar issues.

I found mixed reviews when I scoured the internet for user reviews on the Zeiss Plus. Many of the users were impressed with the high-quality Zeiss lens on the headset.

The lack of any mechanical controls on the headset was a spoiler for some of the VR enthusiasts. Many VR gamers did not find it affordable as it requires a separate controller to be purchased.

The HP MIxed Reality VR headset has some good competition out there. Depending on your situation, it may be the best option, or you may be better off with another system. Below are some brief comparative reviews of some of the HP MR competitors to help you decide if the HP is your best option. 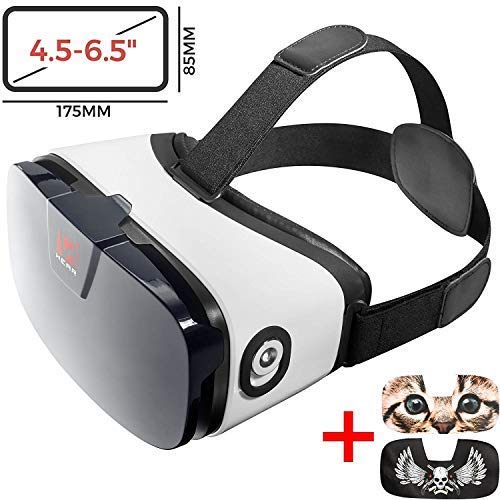 VR Headset - Virtual Reality Goggles by VR WEAR 3D VR Glasses for iPhone 6/7/8/Plus/X & S6/S7/S8/S9/Plus/Note and Other Android Smartphones with 4.5-6.5" Screens + 2 Stickers
−50%
Check Today's Price Disclosure: we may receive commissions from purchases made via our links at no additional costs to you.

The VR Wear 3D VR headset is similar to the Plus as it has high-quality lenses. The ventilation system of both is excellent as the VR Wear comes with breathable face padding.

I found the VR Wear to fit in bigger phones up to 6.5 inches. You can use a maximum 5.5 inches smartphone with the Plus. Both headsets are compatible with Android and iOS phones. 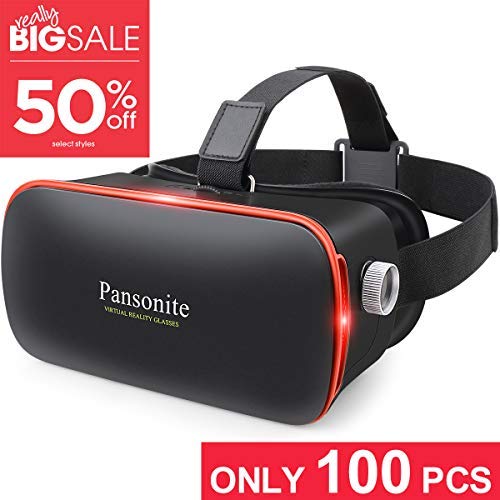 Pansonite 3D VR Glasses Virtual Reality Headset for Games & 3D Movies, Upgraded & Lightweight with Adjustable Pupil and Object Distance for iOS and Android Smartphone
Check Today's Price Disclosure: we may receive commissions from purchases made via our links at no additional costs to you.

If you prefer VR gaming, you will like Pansonite. It weighs 1.1 pounds and is lightweight as compared to the Plus. I like Pansonite’s ergonomic design that lets me watch VR for extended periods.

The Pansonite scores over the Plus as it comes with a helpful controller to navigate.
While the Plus fits smartphones up to 5.5 inches, the Pansonite is comfortable with 6-inch phones as well.

I like the fact that you don’t need to customize lens distance in the Plus while this is required in the Neutab.

If you have a smartphone bigger than 5.5 inches, you can go for the Neutab. It can fit in phones up to 6.5 inches that is a great advantage over the Plus.

Zeiss is a suitable choice if you want a simple smartphone VR headset for travel. If you want an interactive VR experience and a wide range of VR content, you would be better off choosing another headset.

Check out the Carl Zeiss VR One Plus here. 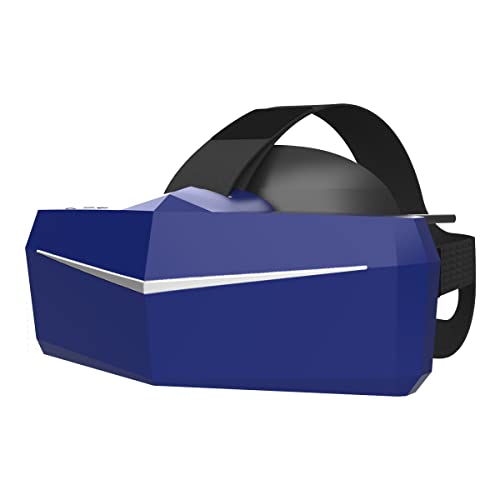