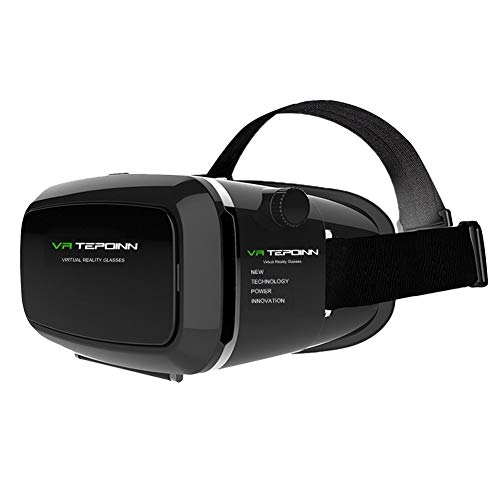 Tepoinn 3D VR Glasses Headset with Adjustable Lens and Strap for 3.5-5.5-Inch Smart Phones
Check Today's Price Disclosure: we may receive commissions from purchases made via our links at no additional costs to you.

Are you curious about virtual reality, but don’t want to break the bank trying it out? If so, then Tepoinn may have a solution for you.

I picked up the Tepoinn as I wanted to try out an entry-level affordable headset. If you are comparing this with the Oculus Quest, let me tell you that they are miles apart, but the Tepoinn does serve its purpose.

In this Tepoinn 3D VR Glasses Headset review, I’ll let you know why I think it’s a decent VR headset for beginners.

What You Need to Know Before Buying a VR Headset

If you are planning to get a VR headset for yourself, there are a bunch of things you should know, as there are some pitfalls that you could run into if you’re not expecting them.

Here’s a list of the things I’d think about before spending your money on a VR headset.

Many VR headsets are designed to work with smartphones, while others work best with a high-end VR gaming laptop, and a few models need their own gaming consoles.

Make sure you have the hardware to power a headset before you buy one.

Okay, so the pricing is one of the simplest ways to classify different models. Mobile VR headsets start from the low $20’s and can go up to about a hundred bucks. The models compatible with gaming laptops and consoles start from $400 and are priced higher based on the quality of the experience and features on offer.

Make sure you know your budget before you dive in head-first to the labyrinth that can be VR headsets.

Size of the Screen

Screen size is a factor that you need to check for mobile headsets. All mobile VR headsets have different screen sizes that they are compatible with.

If your smartphone has a 6-inch screen, it will work only with models that can accommodate a 6-inch screen or larger. It will not work with devices that support sizes from 3.5 to 5.9 inches.

You’d think this is simple, but we’ve seen a LOT of people buy the wrong device for their screen size.

Tepoinn 3D VR Glasses Headset with Adjustable Lens and Strap for 3.5-5.5-Inch Smart Phones
Check Today's Price Disclosure: we may receive commissions from purchases made via our links at no additional costs to you.

Tepoinn’s 3D VR Glasses Headset is a budget entry point into the world of virtual reality.

As such, it’s a no-frills experience that simply does what it says. Think of this headset as driving a station wagon, whereas something like an Oculus Quest is a Maserati.

When I unboxed the Tepoinn, I found the headset along with a soft cloth. An instruction manual would have been a great help in setting it up but wasn’t present.

I got the Tepoinn 3D glasses headset with a lot of expectations when I saw more than 120 Amazon reviews.

I was simply raving to get my hands on it. Here’s my take on the headset.

If looks were the only criteria for our review, Tepoinn would win it by a mile. But unfortunately, there are other things we need to look at. I unboxed the headset and took out the Tepoinn. I wore it on with my glasses but was disappointed to see that the headset didn’t really fit well.

When I took the glasses off, it fit my face like a breeze. I also adjusted the pupil distance dial to make the view clear as I was going to get without my glasses.

The adjustable head strap fit in nicely and is comfy too. My guess is it would work well with any size head as it comes with nylon elastic head straps. The nose cutout area is made from vinyl, and that makes it comfortable to wear.

I decided to use my Tepoinn with my trusty iPhone 6s and proceeded to try and set up the device.

The instructions on the box mentioned using a QR code to pair it up with the smartphone. Even after searching the box, packaging and the website, but I did not find any code. Ultimately, I spent a couple of minutes and managed to set it up. The visuals were a bit wonky. Once I adjusted the dials on the top and bottom the visuals became better. The dials are great to adjust the pupil distances and object distances.

For VR apps, make sure that you download it before strapping on the headset. Since it doesn’t come with a proper button, selecting the app and starting it can be a

You will need to remove the phone when you want to change the video or set any function.
I found that the little magnets on the device worked good to ‘select’ something, so I continued using it.

I was not too impressed with the viewing experience on the Tepoinn. It did not fill up the field of view, and I found that light kept trickling in from the sides. When I made the room absolutely dark, it got somewhat better but still left a lot to be desired.

I should say that adjusting the lenses and making them centered improved the view by a mile.

Viewing videos side by side was not a pleasant experience as the screen was not in alignment. I tried adjusting the dials many times, but it still did not improve.

The Tepoinn scores as its compatible with a wide range of smartphones. It pairs well with both iPhones and Android phones.

If you have a smartphone in the range of 3.5 to 5.5 inches, the device will accommodate them. 5.5 inches is the maximum screen size that can be used with the Tepoinn, so don’t go thinking you’re getting a Plus or Max sized phone in here.

You can spoil yourself silly with the VR apps, videos, and movies in the App Store or Google Play. Since the device doesn’t have any buttons, interacting with the phone can be tricky. I took out the phone case on my iPhone 6S and then inserted it into the headset.

Every time I wanted to change the VR video, I had to remove the phone, press the button, select, and then put it back on. This makes the device impossible to use if you’re playing games. It’s pretty much a video-only device. If you are planning to watch VR and 360-degree videos, Tepoinn can work well. I didn’t find it awesome for gaming due to the lack of buttons and unavailability of a Bluetooth controller.

If you use an Android, taking on a Bluetooth controller would be more suitable rather than pulling the phone in and out of the device.

The Tepoinn has hugely polarizing reviews online. While some VR enthusiasts love the simple and affordable headset, others were not satisfied by the device’s quality.

Some of the users complained that their viewing experience was not clear even after adjusting the two dials. Watching side by side videos is also not an enjoyable process as the visuals kept splitting up.

I also found a lot of comments on the lack of any user control buttons on the device. A few users tried using the small magnets on the front to navigate, and they were able to use it for selecting and starting apps.

VR gaming lovers were in for a disappointment with the Tepoinn. The headset doesn’t have any buttons that you can use for navigation, making gaming impossible.

Check the reviews out here:
https://www.amazon.com/Glasses-Headset-Adjustable-3-5-5-5-Inch-Phones/product-reviews/B015803OS6/ref=as_li_ss_tl?ie=UTF8&reviewerType=all_reviews

You may wonder how something like a mobile VR headset can be so different from the competition, when they all do the same thing. To be honest, each headset has a few small features that set it apart, and this is the only differences you’ll see.

If you wish to check out alternatives for the Tepoinn, I have three VR headsets that you can pick from. 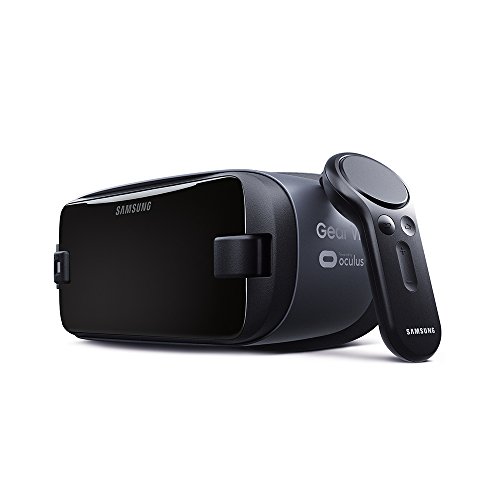 SAMSUNG Gear VR w/Controller (2017) SM-R325NZVAXAR (US Version w/Warranty)
Check Today's Price Disclosure: we may receive commissions from purchases made via our links at no additional costs to you.

Samsung Gear is one of the most popular headsets in the market.

It is a super lightweight headset that lets you access the vast Oculus library of apps, games, and movies.

If you can shell out a few more bucks and buy a Samsung smartphone, this is a perfect choice. Find our full Samsung Gear VR headset review on this page.

Oculus Quest All-in-one VR Gaming Headset – 128GB
Check Today's Price Disclosure: we may receive commissions from purchases made via our links at no additional costs to you.

Oculus Quest is a wireless, all-in-one VR Headset that can wow VR users, providing a computer-class experience without any wires or PC. If you wish to experience real-world VR and price is not a factor, then the very popular Quest is the way to go. 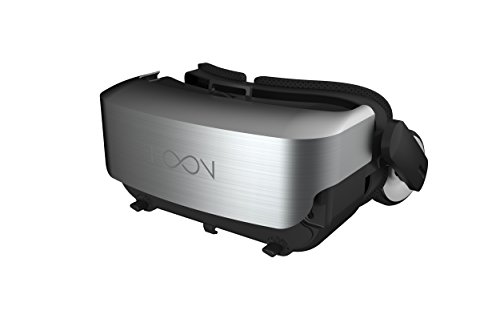 If you’re looking for an affordable headset that can work on Wi-Fi, pick the Noon VR Pro.

You can connect a maximum of three devices with Wi-Fi and enjoy VR with friends with excellent PC-to-VR streaming functionality. You can find our full Noon VR Pro review on this page.

Honestly, I have to say that I wasn’t too impressed by the Tepoinn.

It’s okay if you want to try out VR for fun with friends without spending a ton, but other than that, it kinda sucks. If you want a high-quality immersive experience and can shell out a few more dollars, the alternatives listed are much better.

Check out the Tepoinn here.

VR Headset, Pimax 5K Plus 120Hz Refresh Rate...
Check Today's Price Disclosure: we may receive commissions from purchases made via our links at no additional costs to you.